Final Report | Installation | How it Works | Use Cases | Code | License

SparkMonitor - How the extension works 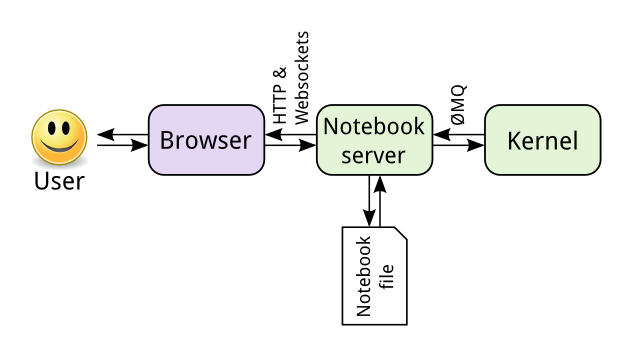 Jupyter Notebook is a web based application that follows a client-server architecture. It consists of a JavaScript browser client that renders the notebook interface and a web server process on the back end. The computation of the cells are outsourced to a separate kernel process running on the server. To extend the notebook, it is required to implement a separate extension component for each part.

The SparkMonitor extension for Jupyter Notebook has 4 components.